Russell Brand held his football and strippers stag do in the UK this weekend. The groom-to-be was joined by Noel Gallagher, David Walliams, David Baddiel, and Carl Barat. After watching West Ham beat Spurs, they headed to Gordon Ramsay's York & Albany for dinner with Jonathan Ross, and went on to Stringfellow's. Following his arrest earlier this month, Russell is back to focusing on having fun ahead of his wedding with Katy Perry, who held her hen do a week ago. Katy has got in hot water over her appearance on Sesame Street, but managed to make a joke out of her segment being banned, as did Russell. 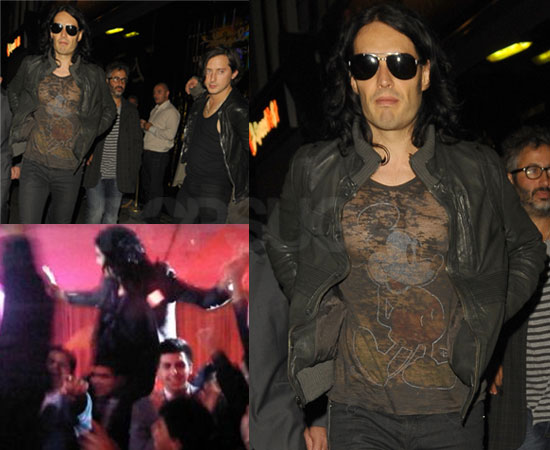