Russell Brand posed on the yellow carpet at the Despicable Me premiere in London last night, with costar Steve Carell. He wasn't feeling well and arrived all bundled up before stepping in front of the photographers. Straight after his appearance he flew to New York, asking fans to look after his waxwork, which he was too ill to attend the unveiling of at Madame Tussauds. 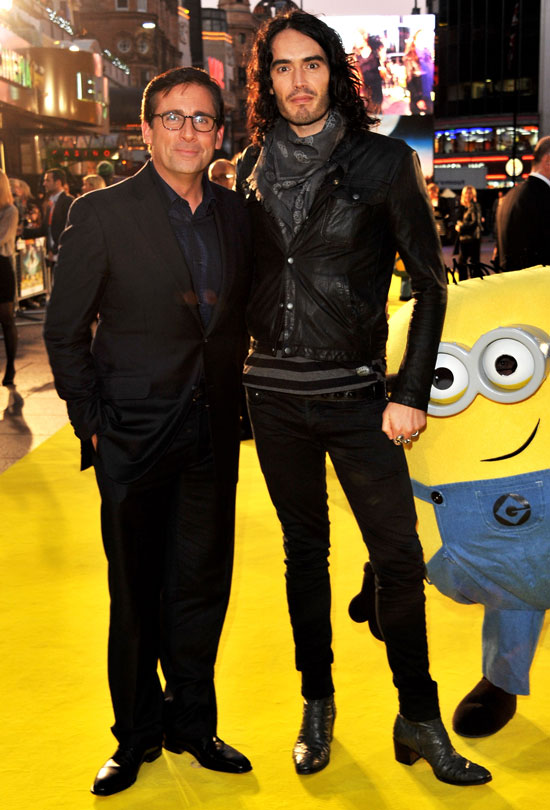