Russell Brand wore a couple of hats on set as Arthur in New York yesterday. He wore a bowler hat with his shades and braces as he filmed one scene and then joined with Helen Mirren to film another. Russell's only just shaved off his beard, and he replaced it with a fake one and yellow rimmed shades as he tried to go incognito alongside Helen as he got out of a car. The bowler hat was replaced with a baseball cap for Arthur's disguise. I'm intrigued by this remake, do you think you'll go and see it when it comes out next year? 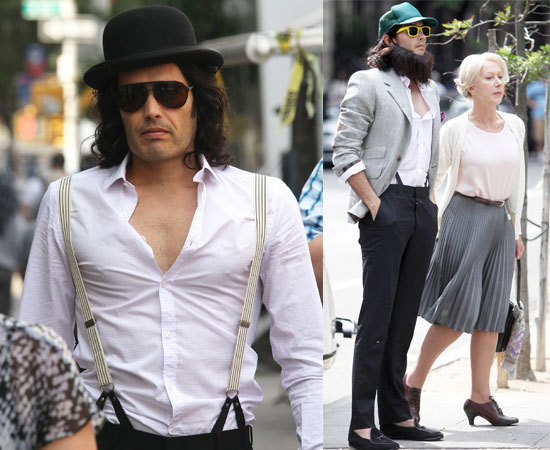