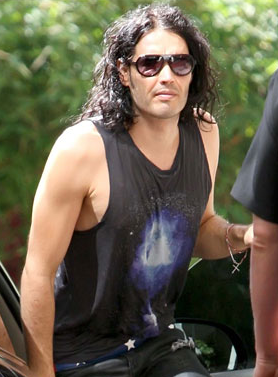 Russell Brand was arrested at LAX yesterday after allegedly pushing a photographer. He was with his fiancee Katy Perry at the time. The photographer put him under citizen's arrest and Russell was released from custody after posting £12,800 ($20,000) bail.

After the incident, Katy took to her Twitter to say:

If you cross the line & try an put a lens up my dress, my fiancé will do his job & protect me

Russell's due to appear at an LA court on Oct.15.