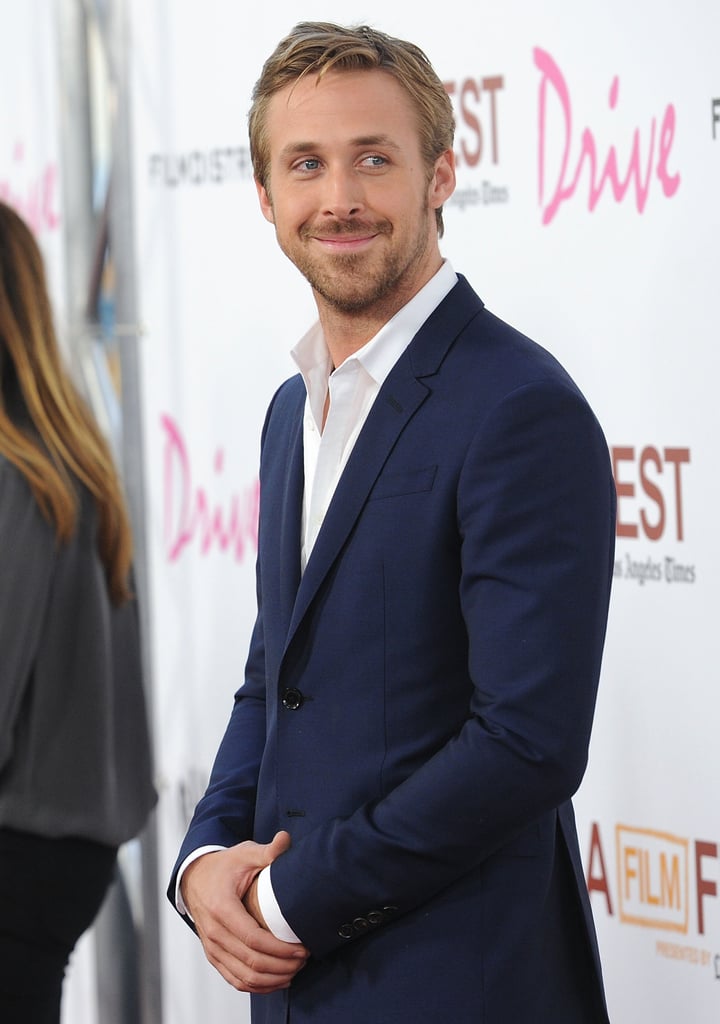 Ryan Gosling stepped out for the LA premiere of his thriller Drive last night in LA, looking hot and hip in a skinny Burberry suit paired with bright red socks. The movie, helmed by director Nicolas Winding Refn, is already garnering great critical buzz and made its West coast debut as part of the Los Angeles Film Festival. Carey Mulligan couldn't attend the gala event given her busy schedule in the off-Broadway play Through a Glass Darkly, but another of Ryan's leading ladies, Christina Hendricks, did join him on the red carpet. We spoke with Ryan about why he enjoyed shooting an action project following Blue Valentine and his admiration for both of his female costars. He also joked about his collaboration with Nicolas. He said: "Did he say that we professionally mated in my car and made a movie baby? I guess it's true. I wouldn't put it like that, but it's too late now." Ryan made a quick exit after the screening, and was seen heading out of LAX with his dog George in his arms late that night. Fans will have to wait several months to see him as a Hollywood stunt driver who picks up some shady work on the side in Drive. The action movie doesn't hit theaters until September, but in the meantime, Ryan won't be completely absent from the big screen; his comedy Crazy, Stupid, Love is out July 29.