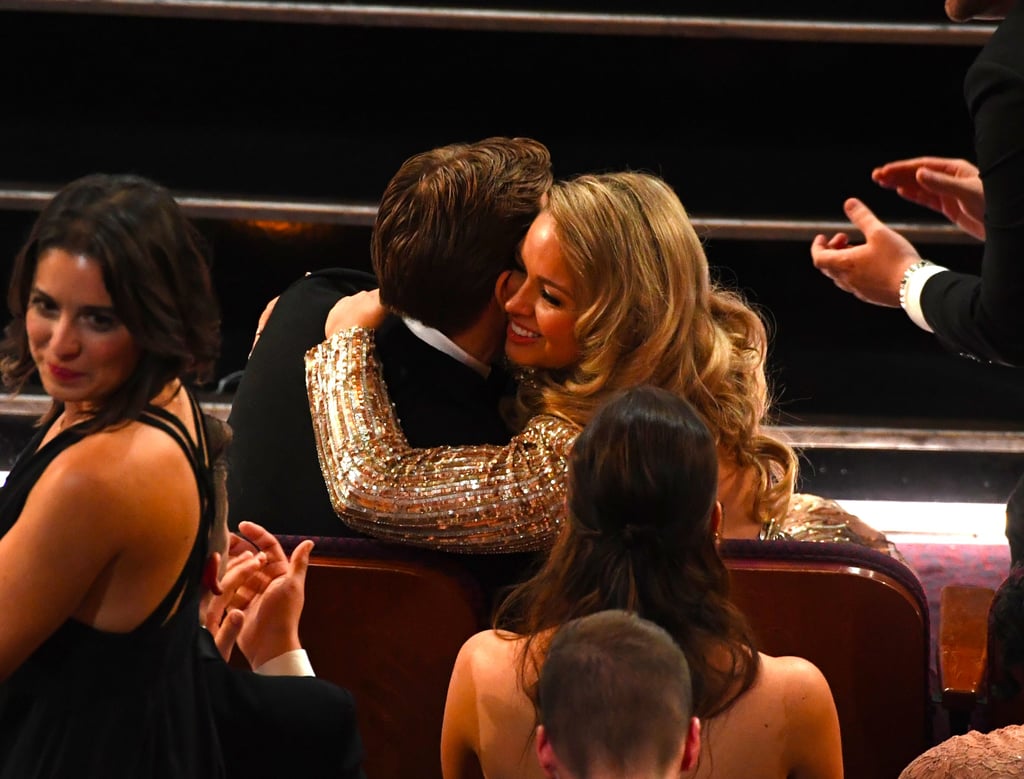 Our hearts broke a little bit when we realised that Evan Mendes didn't accompany Ryan Gosling to the Oscars on Sunday night, but our spirits were quickly lifted when he saw that he actually did bring a date: his older sister, Mandi. The two sat front row during the show and shared a handful or adorable moments together. In addition to giving her little brother a cute squeeze, she also couldn't have looked more proud when Ryan's name was mentioned in the best actor category. While he didn't end up taking home the award (he lost to Casey Affleck), Mandi kept Ryan laughing throughout the night. She was also right by his side during his awkward run-in with Justin Timberlake, and cheered him on during that whole best picture mix-up. Cutest siblings ever? Probably.