Ryan Gosling might have stolen the show at his Toronto Film Festival premiere on Wednesday, but there were plenty of other celebs hitting the red carpet up North. Ryan Phillippe joined Malin Akerman, who was decked out in a bright red dress, to show off their film The Bang Bang Club. She switched gears to chill with Ryan after bonding with Katie Holmes recently on their press tour for The Romantics. Michael C. Hall, meanwhile, had his own costars, Taraji P. Henson and Sarah Silverman, by his side for a screening of Peep Show. Jennifer Connelly joined the list of lovely ladies as well showing off her What's Wrong With Virginia. It's been a star-studded few days for the city, and there are more sightings to come before the festival ends on Saturday. 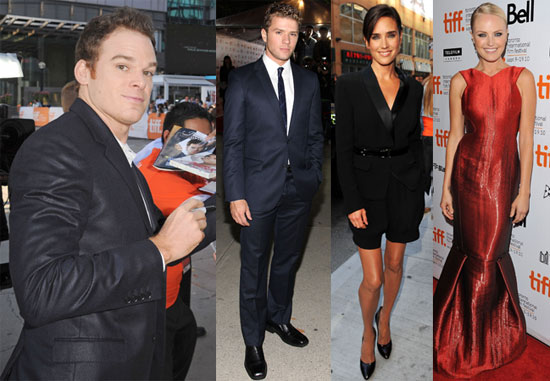 To see more from the TIFF, just read more.