Ryan Phillippe is hard at work filming The Lincoln Lawyer in LA at the moment, and was spotted on set with his well defined arms on show yesterday. He's working with Matthew McConaughey and Marisa Tomei on the film, which is an adaptation of the novel by Michael Connelly. Ryan got his lunch tray and took it back to his trailer during a break, looking gorgeous in his white vest, and covering up in a brown jumper later in the day. 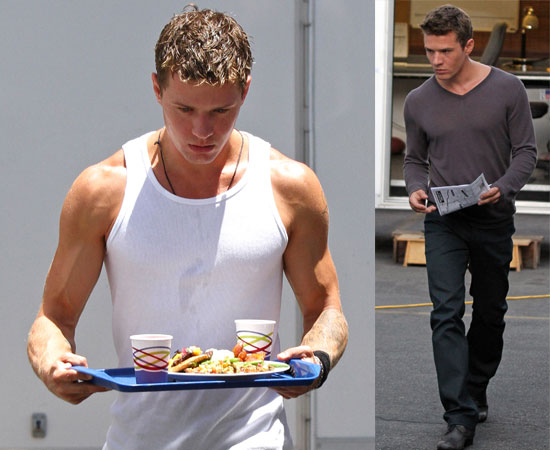