Celebs manned the phones earlier this week at a telethon organised by Larry King to raise money for victims of the Gulf oil spill. Gavin Rossdale, Ian Somerhalder and Nicole Richie were among those who helped raise $1.8 million for the cause. The Vampire Diaries' star Ian suggested that other big energy companies pitch in funds, while True Blood's Sam Trammell chatted to callers with Jenny McCarthy, who added some levity to the evening. 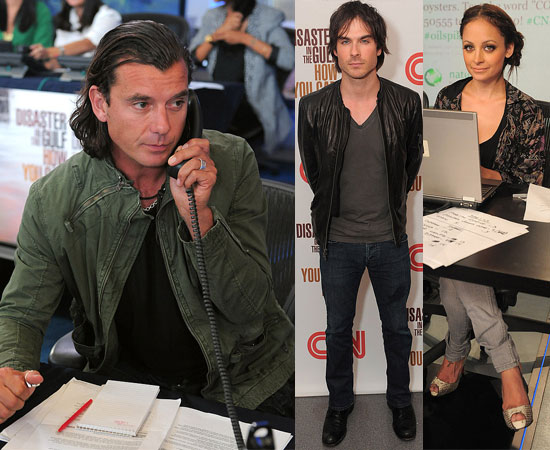 The Royals
Meghan Markle, a Selfless Duchess, Celebrates Her 40th Birthday by Helping Women in Need
by Monica Sisavat 16 hours ago