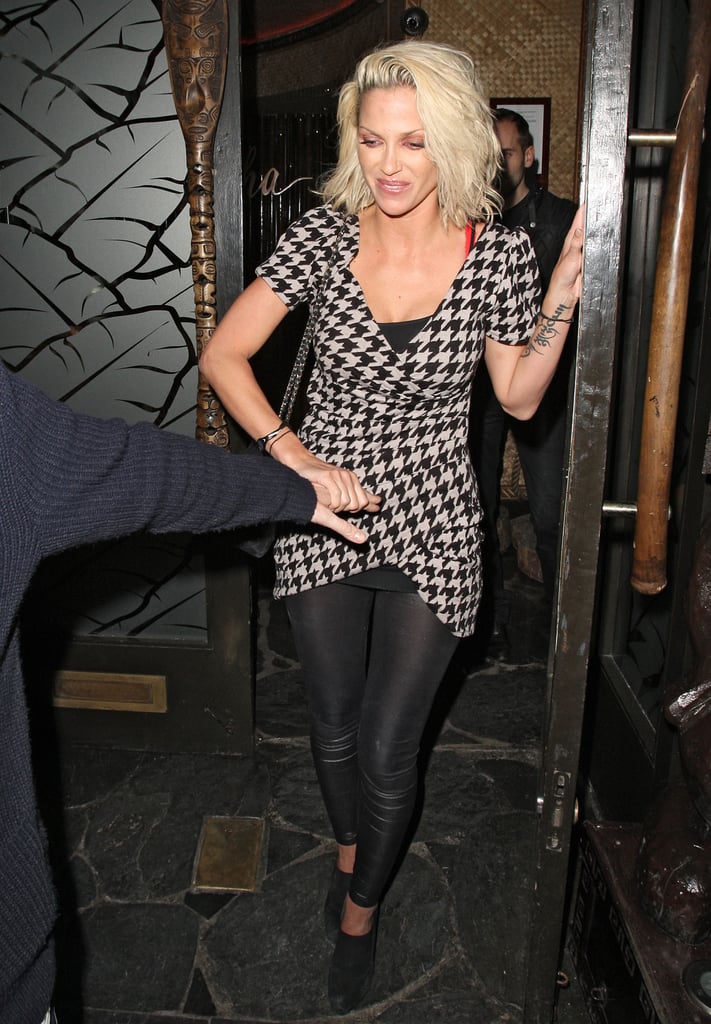 A giggly Sarah Harding had some help leaving Mahiki in London late last night. She's still sporting that newly-engaged glow, following Tom Crane's marriage proposal during their holiday in the Maldives. The couple are reported to be jetting off to the island again, and romantic pictures have emerged of their New Year's break. Speaking about the proposal, Sarah said: "It was a complete surprise. I wasn't expecting it at all. I am very, very happy. It's a new chapter." She's also revealed her wedding dress plans, saying: "I think I’d like something fitted then I’d change into another dress afterwards. Sometimes you have to suffer for fashion, and I’d say Cheryl suffered on her wedding day in that tight dress." Sarah's just wrapped Dating in the Dark, while DJ Tom has a new studio at home and is making Summer anthems.