Sex and the City 2 premiered in NYC last night with all the gang there to celebrate. Sarah Jessica Parker and Kristin Davis wore bright dresses by Valentino and Jean Desses, while Cynthia Nixon wore her long black Carolina Herrera gown to both the premiere and afterparty, as did Kim Cattrall in her glittery Naeem Khan number. PopUS was there, noting that SJP spent a long time signing autographs for the impressive amount of fans gathered at Radio City Music Hall before heading to the blue carpet. Kristin chatted about reuniting with her costars in the film, saying it was great fun and that she and SJP actually talk all the time. Willie Garson echoed her sentiment, saying he talks on the phone to SJP almost every day. 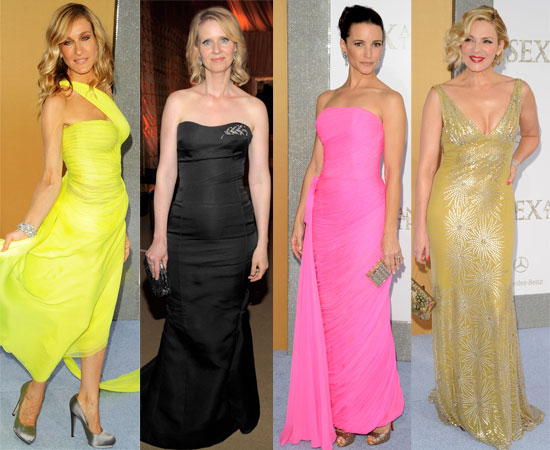 John Corbett looked handsome as ever all suited up, and told PopUS that he is planning on spending the Summer away from the crowds and off riding horses at his ranch with Bo Derek. Chris Noth made it a date night too, with his fiance Tara Wilson in a bright blue dress. At the afterparty SJP changed into a black lacy number and held onto hubby Matthew Broderick's hand, while Kristin shimmied into a short silver sparkly dress and chatted happily with Chris. 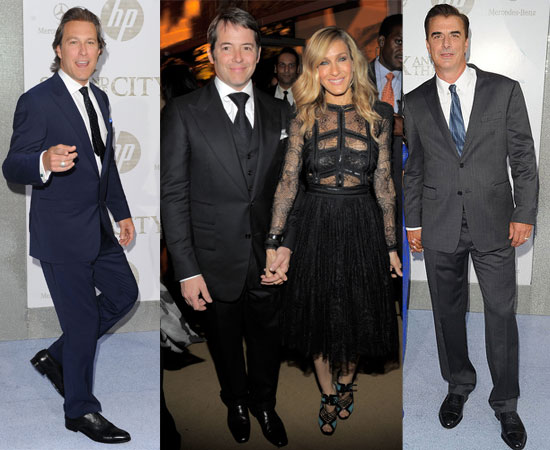 Jason Lewis, Mario Cantone, Evan Handler and all our favourites from the show walked the blue carpet last night, plus author Candace Bushnell and lots of famous guests. The girls will be in London on Thursday for the UK premiere.