Orlando Bloom and Sarah Jessica Parker were the hot Hollywood stars who attended the 2010 Bambi Awards in Germany yesterday. SJP was casual when she touched down in Berlin yesterday, but on the red carpet she brought out the glamour. Her glitzy one-shoulder dress was just the first of three sexy looks, including an empire waist Elie Saab gown, for her big night as a presenter. Orlando was there to accept a statue honouring his charity work, though his wife, Miranda Kerr, didn't make the trip. The pregnant model was also missing from last night's annual Victoria's Secret show, though she caused a stir this week with her nude belly-baring picture in W. The couple have been apart while Orlando gets back to work on The Three Musketeers and Miranda takes care of her own business in LA. Shakira rounded out the event with another lively ab-baring performance after the MTV EMAs. 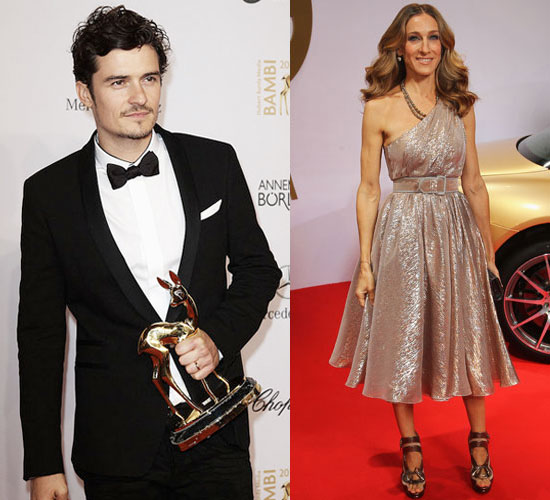 To see more from the Bambi Awards, just read more.