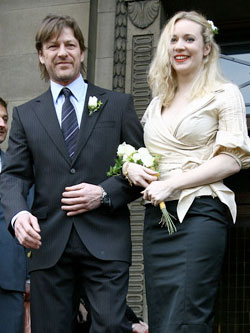 Sean Bean and his wife of two years Georgina Sutcliffe have cited irreconcilable differences in divorce papers filed at the High Court. The couple married in February 2008, a month after their original wedding was called off due to "personal issues". In July 2008, Sean was arrested on suspicion of domestic assault after Georgina called the police, but she later dropped the claim. Police were reportedly called to their home three times due to disturbances, but in March Sean said: "Things are more settled. There will be no more divorce." Georgina was Sean's fourth wife.