Steven Gerrard showed off his fit body this weekend in Ibiza where he's holidaying with friends and wife Alex. Spain won the World Cup yesterday, while Steven has been relaxing since England were knocked out of the tournament. His teammate Peter Crouch enjoyed a holiday on the French Riviera with Abigail Clancy, while Wayne Rooney has been sunning himself in Barbados with Coleen. 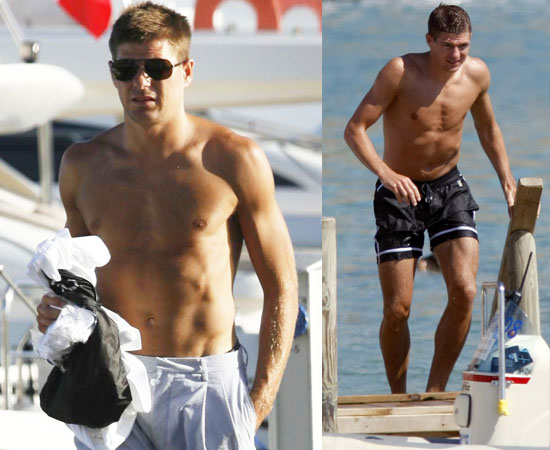