Ryan Phillippe and Mark Salling stripped down shirtless as they splashed about in the sea in Puerto Rico this weekend. They're on the island for a charity Hollywood Domino tournament. Ryan showed off his six-pack in the trailer for The Bang Bang Club and, following his fun in the sun, he'll premiere the film at the Toronto Film Festival. Meanwhile, Mark is going mohawk-free in season two of Glee. Are you getting excited for the return of the show? 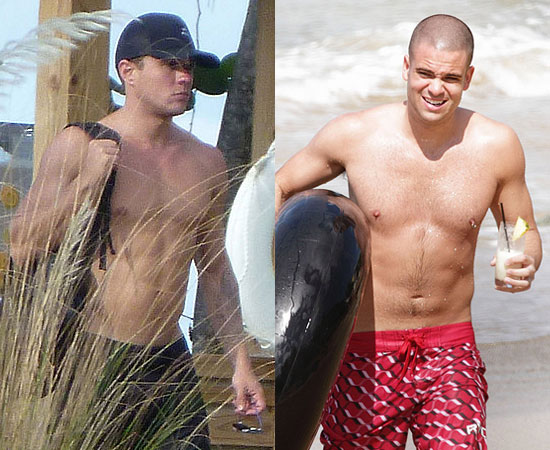