Sienna Miller looked lovely in red at St Paul's Church in London yesterday, before partying with Jude Law at the Cuckoo Club. The actress gave a reading at the carol service, following her part in a World AIDS Day event last week. Sienna and Jude Law raised money for free speech efforts in Belarus over the weekend, taking time out from their date nights. The couple are in the running for this year's best PDA, after showing their love in 2010. They're also both in the running to be named your favourite British actor and actress. 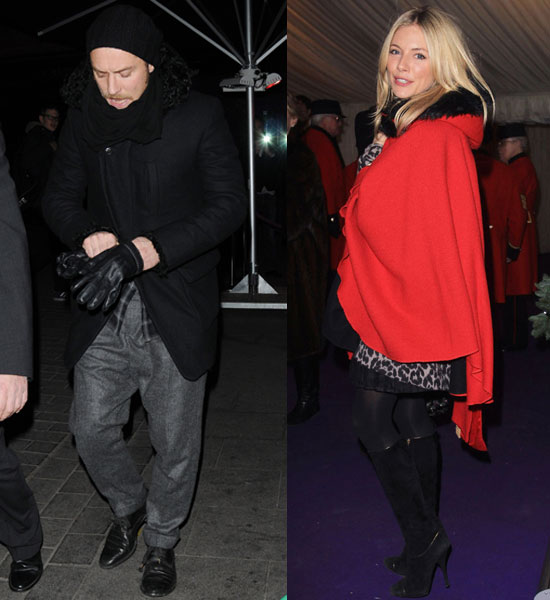