Sienna Miller was dressed casually as she filmed on location in West Hollywood yesterday. She's working in the US after her Summer of bikini and shirtless fun with Jude Law. The couple were reportedly given a marriage blessing in Laos in April, and are now planning a ceremony in the UK after house hunting in London. Sienna is apparently one of the people seeking damages following the News of the World's voicemail hacking scandal. She's got plenty of positives to focus on, though, as she and her globe-trotting man plan their future. 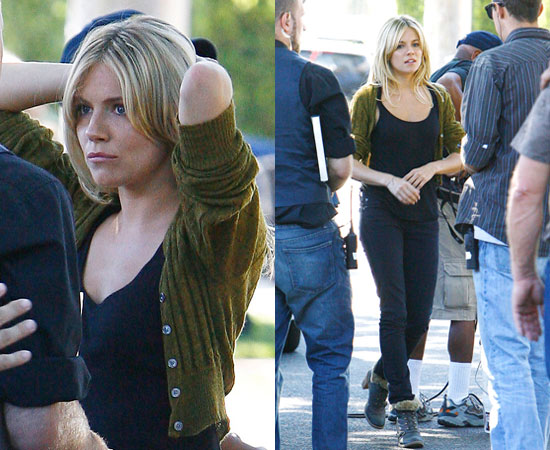