Sienna Miller was at Heathrow Airport in London today, after attending a charity gala in Germany over the weekend. The actress has passed through airports on a few occasions this month, as she travels to world to host parties and judge film festivals. She's still found time to support her good friend Matthew Williamson at his event, and FabUK recently spoke about Sienna's influence in the fashion world. Sienna will have work to take care of in London, as she will perform on stage as part of the Old Vic's 24 Hour Plays Celebrity Gala on Nov. 21. 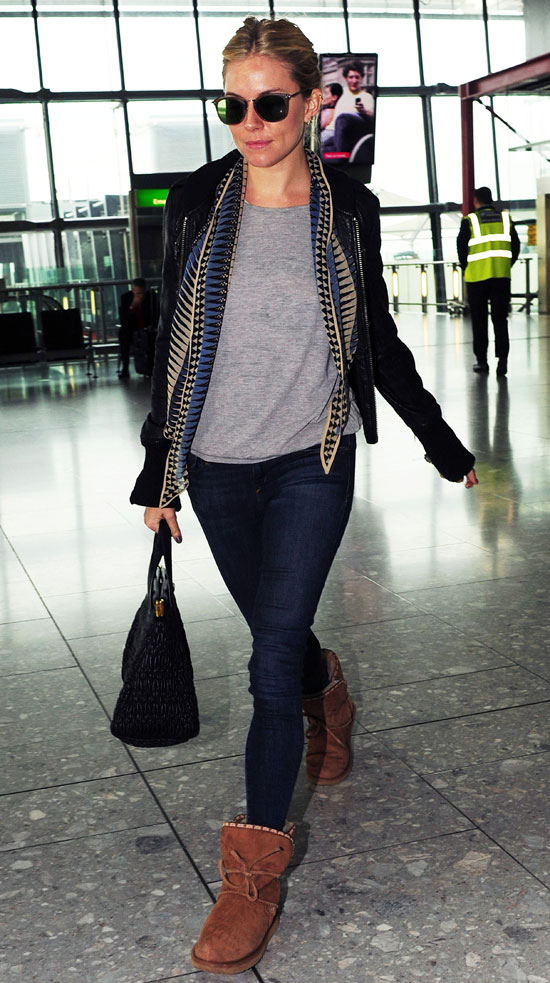