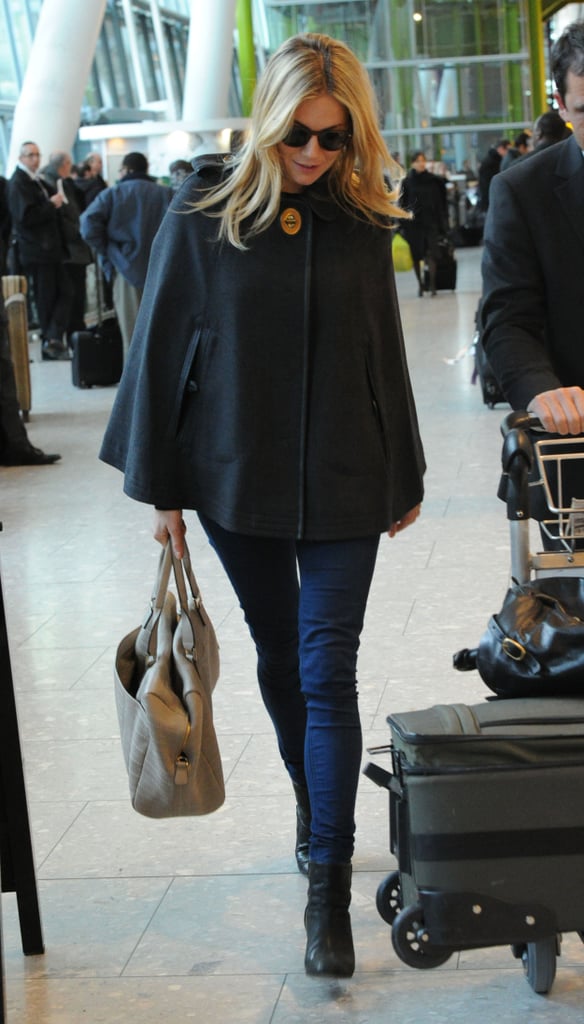 Sienna Miller left Los Angeles yesterday for a flight to London, changing her hairstyle while on board the plane. As she left California, she had her hair tied back and wore rectangular glasses, but during the flight she let her hair down and replaced her specs with some cool shades. She's had a fun year alongside her man Jude Law, and to top it all off, Sienna has just been cast in Two Jacks, a new movie in which she'll star with Danny Huston.