Sienna Miller looked gorgeous in a short red dress as she and her man Jude Law left The Wolseley in London last night. On Monday they were out alongside some other friends, but last night it seemed to be just the two of them. The rumoured-to-be engaged couple reportedly put down an offer on a £3.5 million home in the north of the capital. Sienna's sister Savannah has said she doubts she'll be making her wedding dress due to competition from other designers, such as John Galliano. 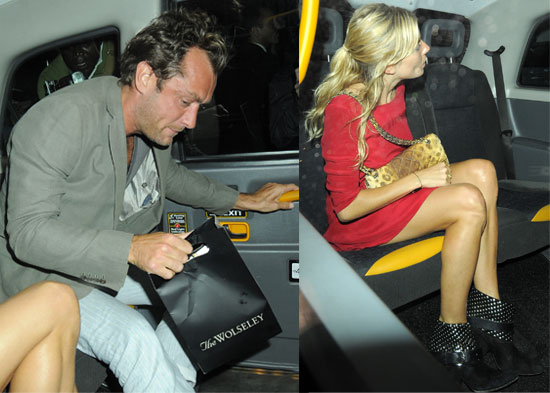