Sienna Miller giggled with her sister Savannah and Matthew Williamson at the launch of his new collaboration in London last night. She was rocking her new fringe and glittering in gold: FabSugar Australia wants to know what do you think of her look? There was no sign of Jude Law, but hopefully their lunch date last week proves all is fine after their alleged argument. Sienna could be back to work on stage soon, as reports suggest she's in the running for a lead role in Trevor Nunn's West End stage adaptation of Sebastian Faulks' novel Birdsong. 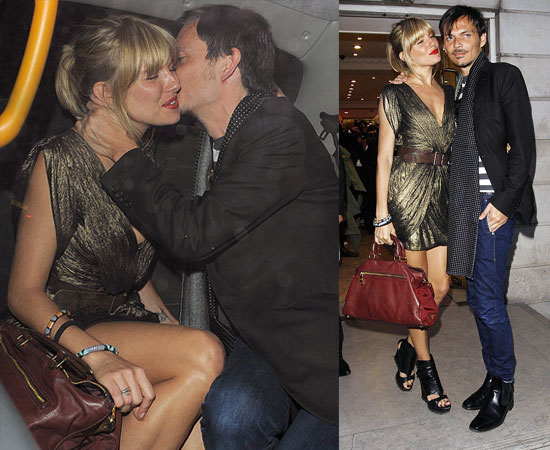