Sienna Miller arrived at Gare du Nord in Paris with her mum yesterday. In a recent interview Sienna spoke about her charity work, and also revealed she would be involved with archeology if she wasn't an actress. She's sticking to her craft, though, and might be returning to the West End for Trevor Nunn's stage adaptation Birdsong. Sienna is also encouraging young movie making talent by judging the Robin Hood Tax short film competition. 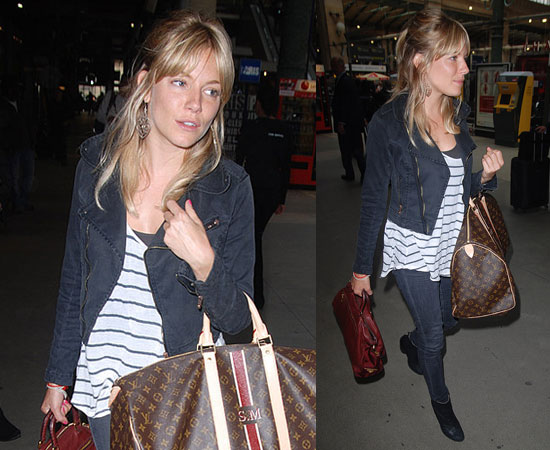