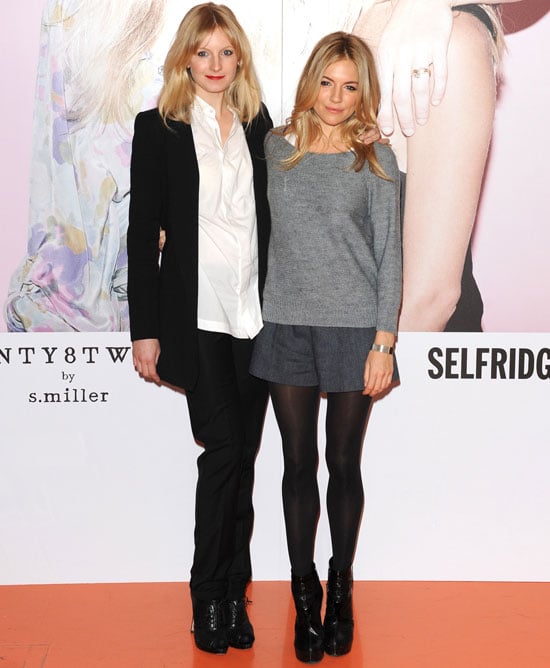 Sienna Miller held hands with a friend on Saturday after a performance of her show Flare Path in London, and yesterday she switched gears from drama to fashion in order to join her sister Savannah at Selfridges to launch their new Twenty8Twelve pop-up shop. It seems the Millers decided to forgo showing their designs with a big show during Fall Fashion Week, instead choosing to have exclusive appointments with some of their favorite editors and stylists. Savannah recently revealed that they were inspired by old Peter Lindberg photos in Italian Vogue for the designs, which go on sale later this year. Their temporary store features the Spring pieces they showed on the runway last October, though they're also producing a small pre-Spring line too.