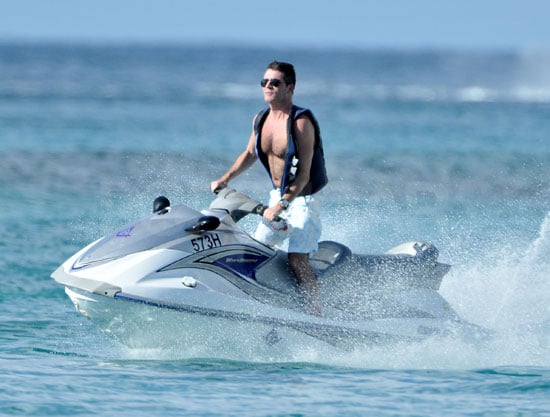 Simon Cowell showed his shirtless physique on a jet ski in Barbados yesterday. He had a little trouble with customs on his way to the Caribbean, having to pay £100 to bring his favourite beer with him. Back in August, Simon got his torso out on holiday in France with Mezhgan Hussainy, earning him a place in the hottest shirtless Brits of the year. On this holiday, Simon is reportedly hanging with his ex-girlfriends Sinitta and Terri Seymour, and Mezhgan will fly out next week to join him. Judging by the grin on Simon's face, he's not too disappointed that his act One Direction didn't win The X Factor.

Previous Next Start Slideshow
VacationShirtlessSimon Cowell
Around The Web