Simon Cowell was shirtless as he and fiancée Mezhgan Hussainy hopped on a boat in France. He announced his departure from American Idol in January and since then, Ellen and Kara have both followed suit with rumours Randy may leave too. Simon hasn't commented on the drama so far while Gordon Ramsay suggested that their mutual friend Victoria Beckham take one of the vacant seats at the judges' table, now she's finally got back to the States. 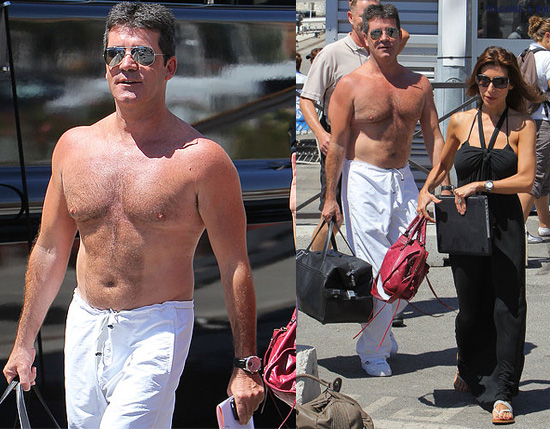