Celebrities and football legends took to the pitch at Old Trafford last night to compete in Soccer Aid to raise funds for UNICEF UK. We saw the teams in training at the end of last week, and yesterday all their hard work came to fruition. After a 2-2 draw it went to penalties and then sudden death, with the Rest of the World team winning in the end. Watch footage of the penalties after the jump! Olly Murs played alongside Jamie Redknapp and Teddy Sherringham for the England side, which was led by assistant manager James Corden and captained by Robbie Williams. Rob has spoken about his plans to adopt orphans from Haiti. 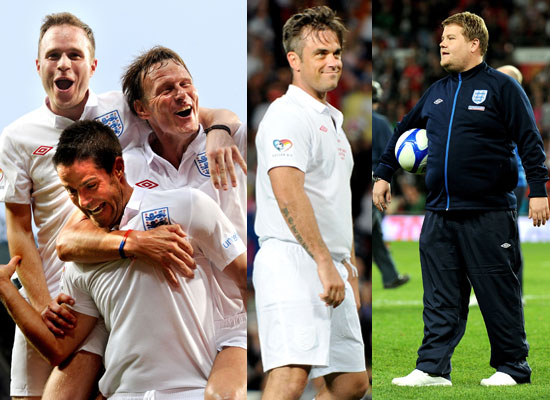 There were famous faces in the stands too, and Robbie shared a hug with Gary Barlow before kick off. The Rest of the World team lifted the cup and celebrated with captain Michael Sheen. He was helped to victory by Woody Harrelson, Joe Calzaghe, Gordon Ramsay and Mike Myers. The majority of you were excited for the game: did you watch on TV? 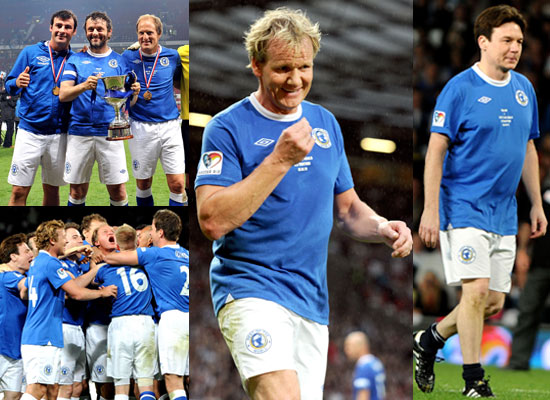