Football-loving celebrities have been in training for this year's Soccer Aid match on Sunday. Robbie Williams is leading the England side at the event which raises money for UNICEF UK. He was training alongside Dominic Cooper, who James Corden revealed prepared for the match by playing video games! James is assistant manager of their squad. Gordon Ramsay and Woody Harrelson are amongst the major stars who have joined the Rest of the World team, captained by Twilight saga's Michael Sheen. They are certainly two impressive lineups, and we can watch the game live on ITV1 tomorrow: are you excited? 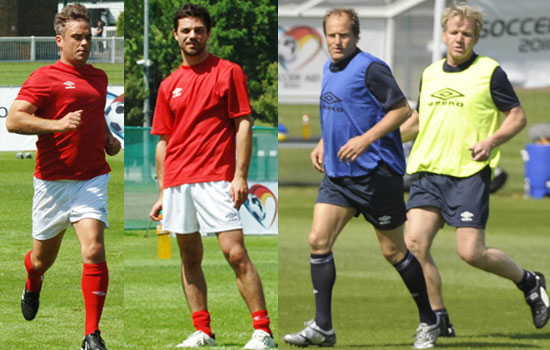 To see the full lineups plus loads more pictures of the teams, just read more.