Stephen Fry was smartly dressed as he arrived to film Sherlock Holmes 2 with Robert Downey Jr and Jude Law in London today. Stephen tweeted: "Damnably chilly on the Sherlock Holmes set this morning. Frost forming on the supporting artists' moustaches". He also wished American friends a Happy Thanksgiving. Robert and Jude started filming their sequel last month in Richmond Park, and since then they've shot scenes with Guy Ritchie in Oxfordshire too. Stephen has been cast in the role of Sherlock's brother, and another new addition comes in the form of Noomi Rapace in the female lead role. We've been given our first look at Noomi in character in newly released pictures from the film studio. 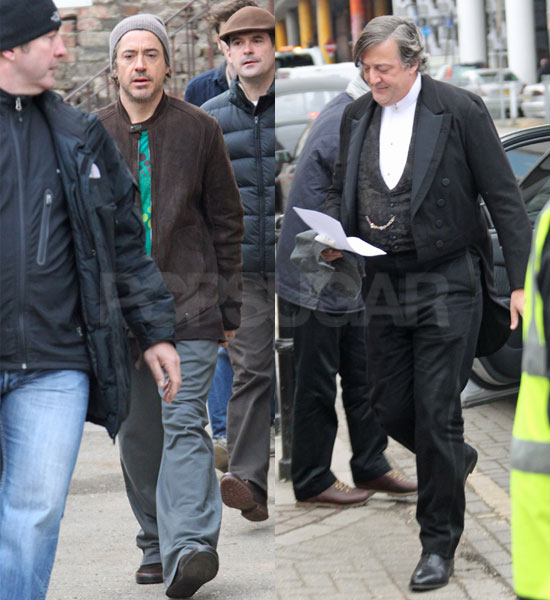