The 14 celebrities competing on this season's Strictly Come Dancing gathered together last night for the Season 8 Launch Show at BBC Television Centre in London. The male contestants, like Scott Maslen and Gavin Henson, have already entered in to the spirit of the show, and wore their tight, sequin-covered outfits to the red carpet event. Gavin has recently shown much more flesh, so he won't be shy about the chest-baring costumes. Female celebs like Michelle Williams, Kara Tointon and Tina O'Brien dazzled in their shiny dresses too. 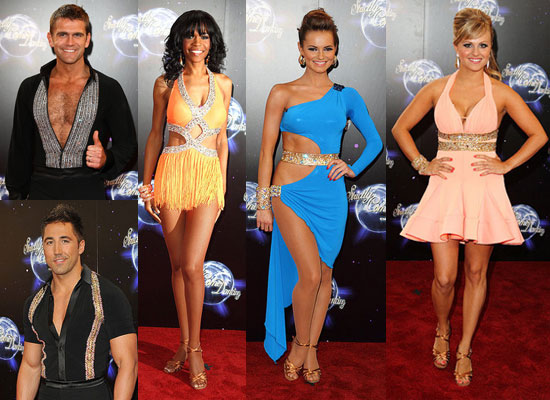 At last night's event, the celebs were introduced to their professional partners, and we'll get to see who's been paired with whom when the launch show airs on BBC1 on Saturday. The judges were also in attendance last night, with last year's panel Alesha Dixon, Bruno Tonioli, Len Goodman and Craig Revel Horwood all back again for this season. Hosts Tess Daly and Bruce Forsyth also walked the red carpet. Following substantial changes to the lineup, lots of new professionals made their first official appearances yesterday. Check out pictures of them all after the jump, and play my faceoff game about the previous seven series! 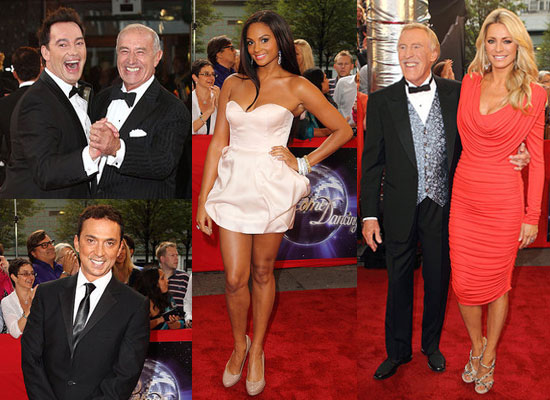 To see loads more pics of the celebs, judges and pros, read more.