Take That are making their way through Europe this week to promote their album Progress and Howard Donald, Robbie Williams, and Gary Barlow were spotted outside their hotel in Paris yesterday. They started the week with a Live Lounge appearance in London, and were in Milan on Tuesday, before heading to France to perform "The Flood" on TV. They all stuck to their handsome smart casual look, with Gary teaming his smart trousers with Converse trainers, and Howard wearing a suit jacket with his brown cords. They've told fans to expect three shows in one on their tour next year, with a set of old Take That songs, new Take That songs, and solo Robbie hits. 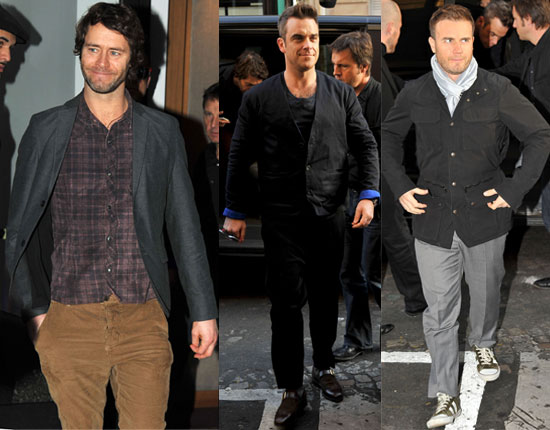