Take That had some in the snow during their time in Sweden at the end of last week. Howard Donald, Jason Orange and Robbie Williams had a laugh as they left their hotel in Stockholm, with Jason and Robbie making snowballs to throw at their bandmates and crew. Robbie's wife Ayda Field was also among the group, who have been traveling through Europe promoting the album Progress. They hit France and the Italian version of The X Factor before their snowy fun, and Gary Barlow was back in Britain on Sunday to attend the Children's BAFTAs. 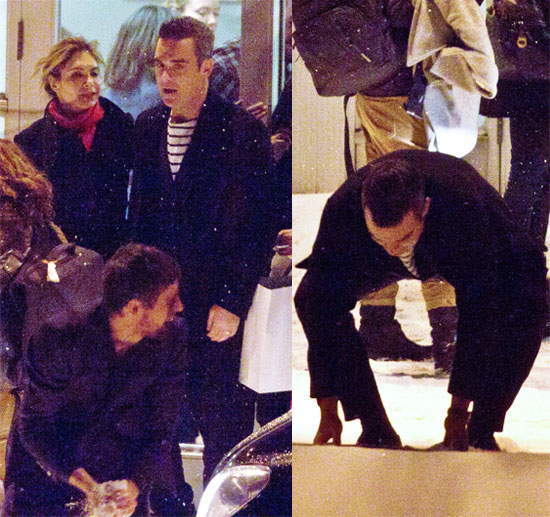