Take That did a few radio interviews this morning following their tour announcement, before the tickets go on sale on Friday. Gary teased that he won't be dancing as he's hung up his sparkly boots, but the boys hinted that they will get him moving again as they chatted to Scott Mills. Their chemistry was back in full force as they chatted, saying they did six months of work on the record together before they even brought a producer in. After Radio 1 the boys went on to Heart FM, where I spotted them leaving in their car after their interview! They also announced their single is coming out a week earlier on Nov. 7 and the album's now coming out on Nov. 15 which is when a documentary about the gents will also air on ITV. 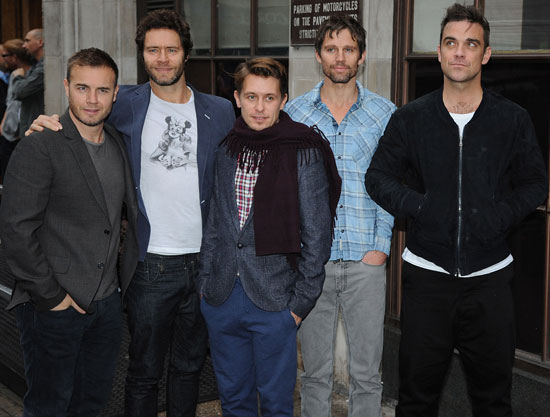 To see more photos of Take That, and watch the Radio 1 interview, where they discuss The X Factor and more, just keep reading.