Gary Barlow, Mark Owen, Robbie Williams, Jason Orange, and Howard Donald headed to the BBC's Maida Vale studios today to perform in the Live Lounge in London. They chatted with Fearne Cotton about what the next single will be, walking around naked in Manchester, and their recent TV documentary. The lads also performed "The Flood" and old classic "Pray": you can watch both performances and part of their interview after the jump! Take That were together last night as well, celebrating their number one album. The reunited band performed on The X Factor a week ago, and also sang on Children in Need on Friday. 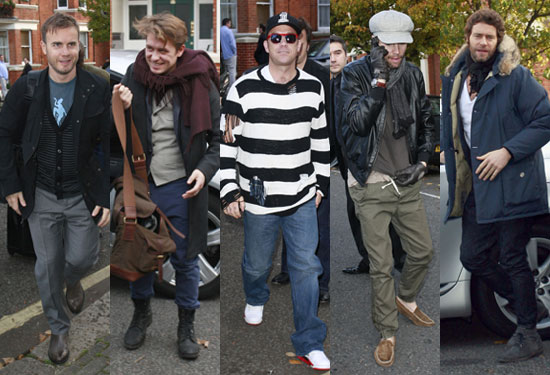 To watch the lads in the Live Lounge, just read more.