Hot on the heels of their success at the Q Awards yesterday, Take That held a press conference in London today to announce their tour dates. Jason Orange, Howard Donald, Robbie Williams, Mark Owen and Gary Barlow revealed Progress Live 2011 will kick off in Sunderland on May 30 and will take in Manchester, Cardiff, Dublin, Glasgow, Birmingham, and London. In the last couple of weeks the reunited band have unveiled the video for their single and their album cover. Tickets go on sale on Friday morning, and Gary has promised a "big production show", while Howard said there's a possibility Lulu will join them too. 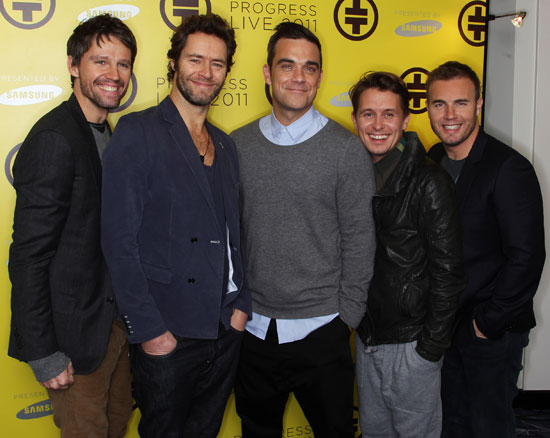