Take That appeared on The X Factor Italia final last night, singing their single "The Flood" as they take their Progress promotion to Europe. It's their second X Factor appearance, as they performed on the UK show a fortnight ago. They mentioned they were off to Milan on Fearne Cotton's show on Monday, and yesterday were on Italian radio to chat about life as a five piece again. Mark said as much as he's enjoying the success of the band this time around, it's great to be in a room and spending time as friends again — you can watch the full interview after the jump! They'll be heading out on tour next spring, and will be treating fans to more of their old hits again, after performing "Never Forget" on Children in Need, and "Pray" on Radio 1. 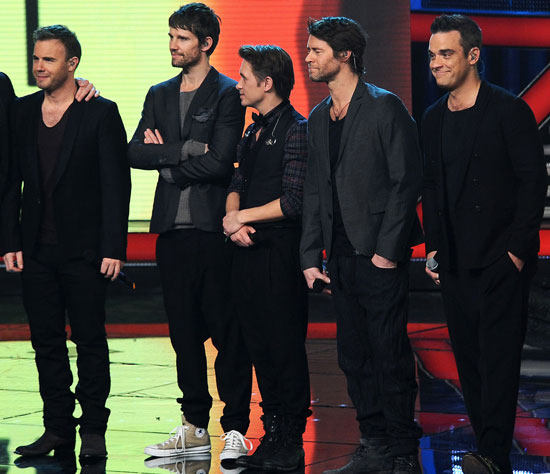 To see lots more photos of the lads, plus their Italian radio interview, just read more.