Gossip Girl's Taylor Momsen is in London at the moment promoting her band The Pretty Reckless as well as the TV show. She appeared on This Morning yesterday and made her mark by swearing in her interview with Philip Schofield and Holly Willoughby, apologising quickly afterwards. Philip deleted a tweet he wrote claiming that Taylor had been sick after her appearance on the show due to food poisoning. Today she wore the same leather jacket to the Radio 1 studios which she teamed with a silky dress and ripped stockings along with some circular John Lennon-style sunglasses. 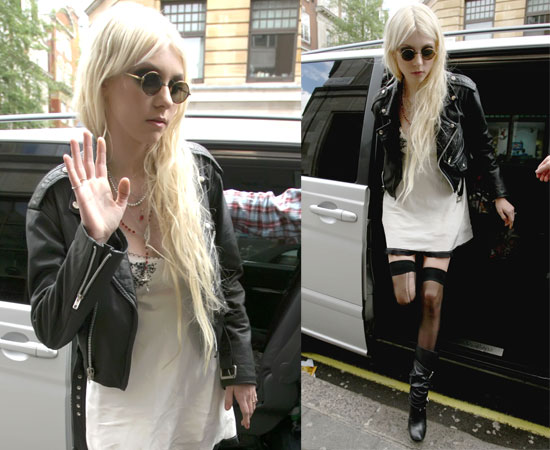