Taylor Swift waved to fans as she arrived at Narita Airport today. She flew out from Heathrow yesterday, after performing at Radio 1's Teen Awards on Sunday, and reportedly spending the weekend with Jake Gyllenhaal in London. The singer has had a successful month so far, winning Songwriter of the Year at the BMI Awards. She also performed at the CMA Awards in Nashville, and realised that she's completing a loop around the world this week, as she'll end up back in Nashville after stopping off in LA. 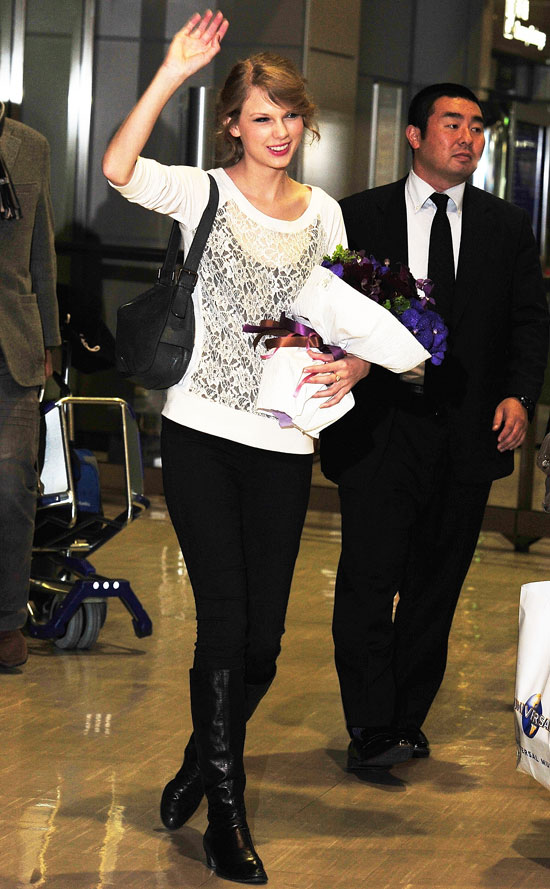