Tina O'Brien got into costume for her Snow White and the Seven Dwarfs pantomime photocall in Manchester yesterday. The Coronation Street star is appearing on stage over the festive season alongside Andy Devine, Mike Toolan, and Deena Payne. Tina got voted off Strictly Come Dancing three weeks ago, so she's had extra time to rehearse for her new show. Her fellow Strictly contestant Kara Tointon played the role of Snow White in 2009, and lots of other famous faces like Pamela Anderson performed in pantos last year. Tina's getting into the festive spirit by opening Machester's Christmas markets too. 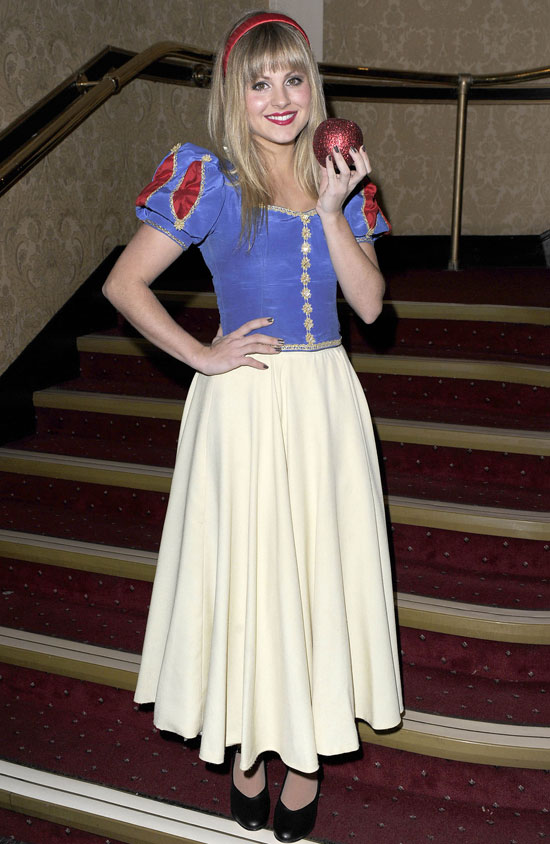