Last night Tom Cruise continued to jetset around the globe as he arrived in Japan to promote Knight and Day and was greeted by a group of fans. He was recently in Prague scouting locations for the next Mission Impossible movie, and today it has been announced that much of the movie will be filmed in Dubai. When he was in Japan in 2009 Tom said he was thinking of filming a big action sequence in downtown Tokyo. Guillermo del Toro was said to have his eye on Tom for his adaptation of At the Mountains of Madness but the director said there's nothing tangible there yet. Tom's popularity certainly doesn't look set to wane, the recently unmasked Stig from Top Gear named Tom as his favourite celebrity contestant. 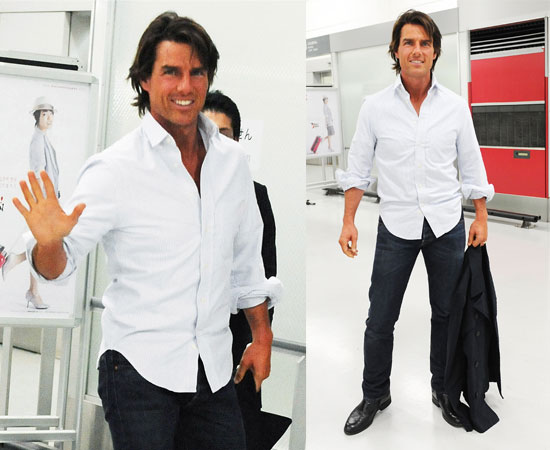