Tom Cruise and his costar Jeremy Renner were working hard on the set of Mission Impossible 4 this weekend. Tom didn't get shirtless on what looked like a cold night shoot in Prague, but he continued to show his costar the ropes onscreen. Jeremy has been chosen to take over the lead role in the franchise. Meanwhile, Katie Holmes has been hard at work on the set of Jack and Jill as well as hanging out with adorable Suri, and Tom may be returning to Top Gun with a small role in a possible sequel. 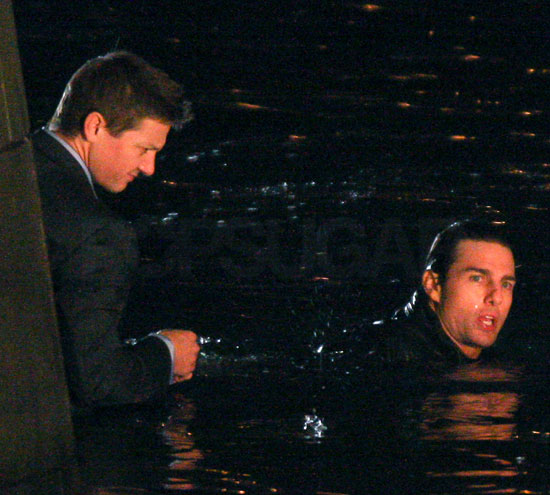