Tom Cruise made the rounds in Prague yesterday apparently scouting locations for his next Mission Impossible film. He's tackling the franchise for a fourth and last time alongside Jeremy Renner, who admits to being nervous about eventually taking over the lead role. Tom's off taking care of business in Europe after Katie Holmes was the one in the spotlight recently during New York Fashion Week. She got decked out for the Calvin Klein show while Tom stuck close to their Big Apple apartment with Suri. 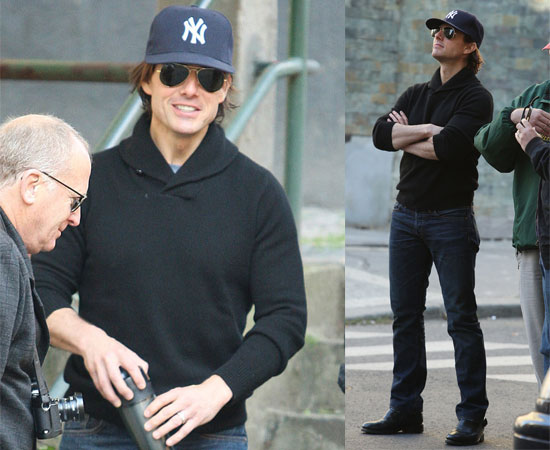