Tom Cruise was back to work in Prague yesterday, looking relaxed as he continued to scout new locations for the fourth installment of Mission Impossible. Tom met up with costar Simon Pegg to check out a local castle before joining Katie Holmes and daughter Suri for dinner. Katie kept her look casual for their family outing while Suri pushed a bright red baby stroller. Katie and Tom spent the Summer dividing their time between NYC, Toronto, and LA while she filmed the The Kennedys and promoted The Romantics and he spent time with the kids. The tight-knit trio may be gearing up to spend more time in Europe this year as new stars join the cast and momentum continues growing around Tom's final film playing super spy Ethan Hunt. 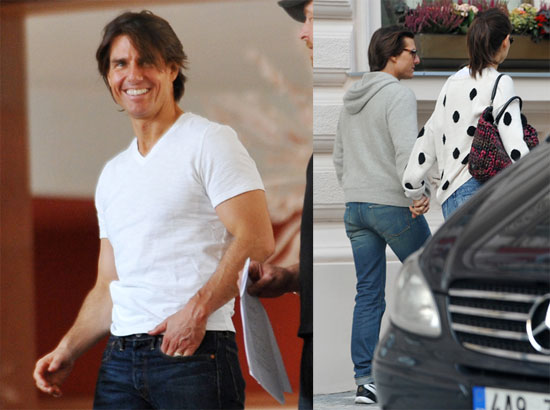