Tom Cruise flew down a zip cord filming Mission Impossible 4 in Prague this week. The actor got shirtless for his action man stunt, having covered up in a uniform and fake moustache to shoot scenes with Simon Pegg at the weekend. Tom had Katie Holmes by his side when he scouted locations in the Czech Republic, and Jeremy Renner will also be joining him on set. Tom might be putting his action credentials to more use soon, as rumous claim he'll reunite with his A Few Good Men costar Jack Nicholson for action-comedy El Presidente. 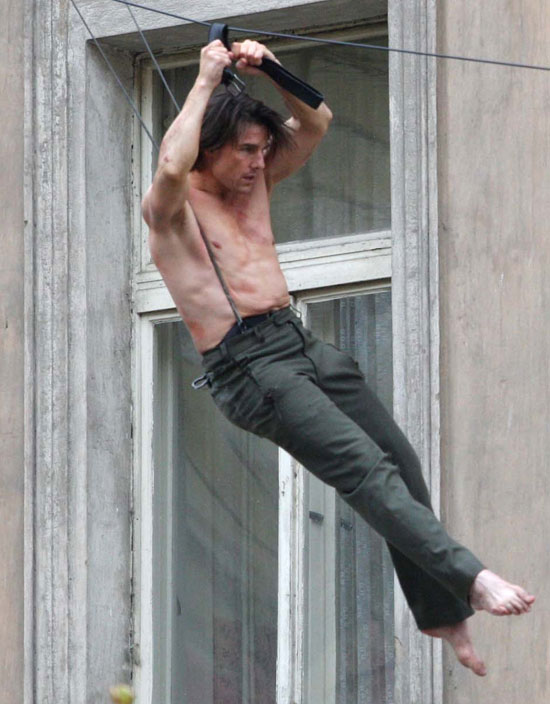