Having scouted locations together, Simon Pegg joined Tom Cruise to film Mission Impossible 4 this weekend. The pair were spotted in uniform, with Tom sporting a fake moustache on set! Tom was also seen out and about on Sunday with his hood up, shielding himself from fan attention and the rain while he worked, as Simon grinned as he drove around in a van. After dark Tom happily posed with fans waiting for him as he left the filming location. 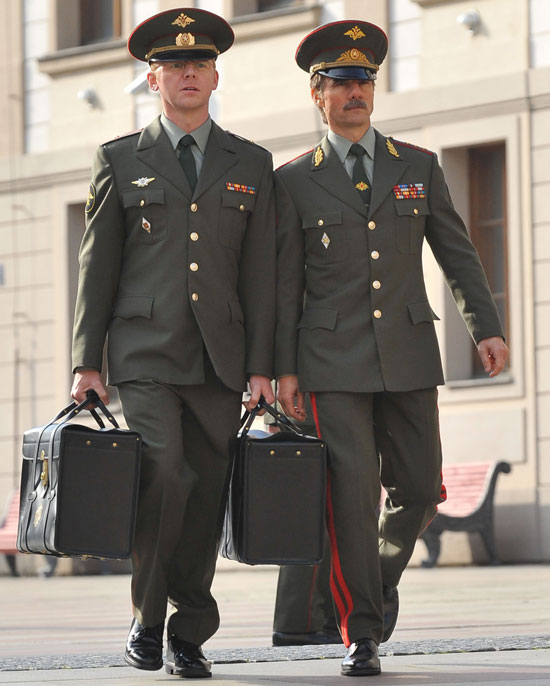