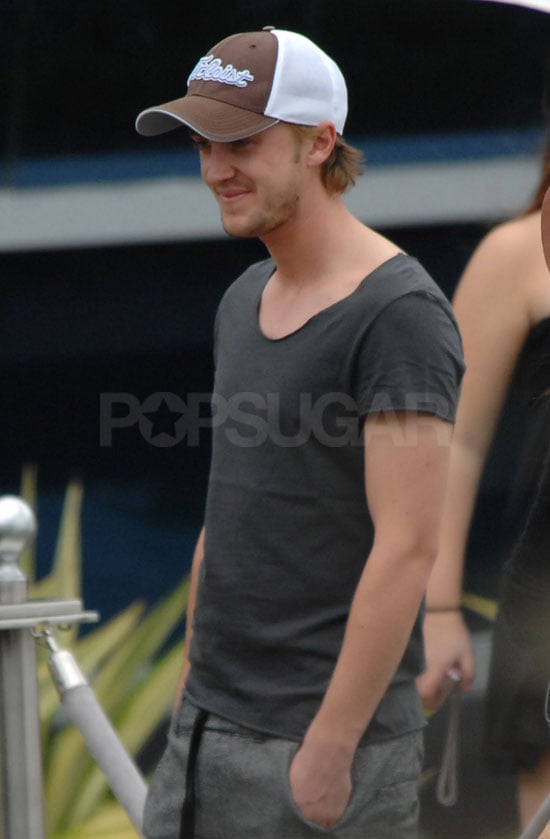 Tom Felton dressed casually in Miami Beach yesterday. During his stay in Florida, the Harry Potter star has played golf and also visited The Wizarding World of Harry Potter. He was at the theme park when it first opened in June, and says it gets better every time. It's been a huge year for the cast, with the release of Deathly Hallows Part I making headlines around the world. Tom did his share of promotion, travelling to Mexico and Japan to meet fans. He also made sure he put a stop to rumours as interest in the cast's private lives increased. Like his costar Robert Pattinson, Tom isn't just acting but is also working on music. Find out more interesting facts about the man who plays Draco by taking my quiz on famous British Toms!