Tom Felton has been busy promoting Harry Potter and the Deathly Hallows lately, and arrived in Japan at the weekend while castmate Rupert Grint arrived back in the UK with some mementos. He lightheartedly denied being the father to a lovechild earlier this week, and has been cheered up by a poll that puts him above his girlfriend's crush Jake Gyllenhaal in handsomeness. You can test how much you know about Tom and his namesakes Tom Hardy and Tom Sturridge in my fun quiz! 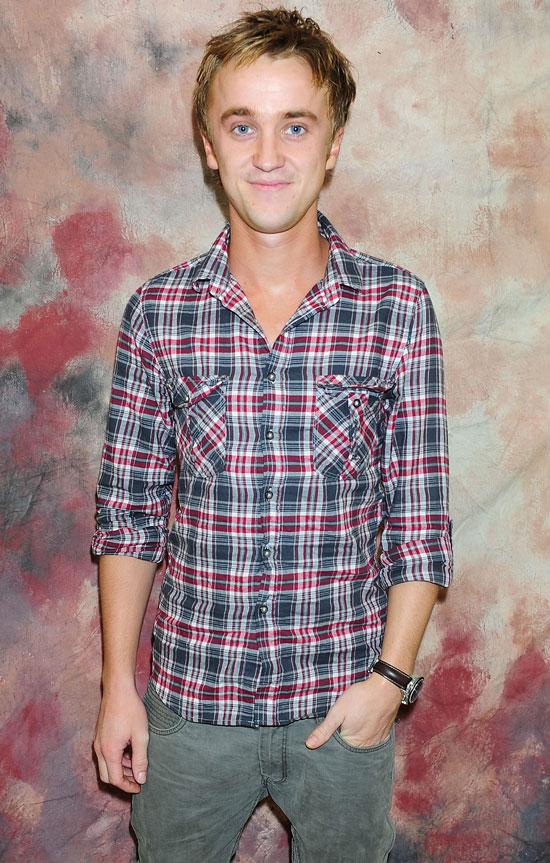