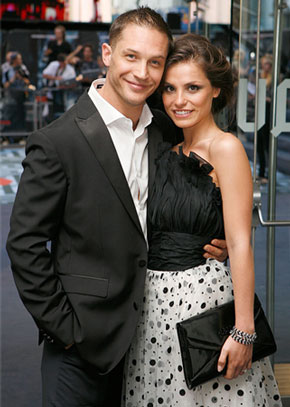 There was a ring on her finger at the Inception world premiere in London last week, and a source close to the couple has confirmed it.

The couple met while filming a TV adaptation of Wuthering Heights in 2009, and started seeing each other soon after Tom's relationship with the mother of his child ended.

Charlotte has said of their time on set: "We had a lot of chemistry even though we didn't have the same taste in music .  .  . We had a good shorthand between us and knew what we were doing."

Congratulations to them both!