The Queen was surrounded by her family on Buckingham Palace's balcony as she watched the fly over during Trooping the Colour on Saturday. Princesses Beatrice and Eugenie, who have been stripped of their police bodyguards, rode in a carriage with their father Prince Andrew, following Sarah Ferguson's access for cash scandal. Prince William waved to the crowds, before travelling to Africa with Prince Harry this week. Wills arrived with Camilla, and Prince Charles also celebrated his mother's official birthday alongside his brother Prince Edward and his wife Sophie. The Queen celebrated her actual birthday in April by releasing unseen baby pictures, and since then she's been busy with politics and flower shows. 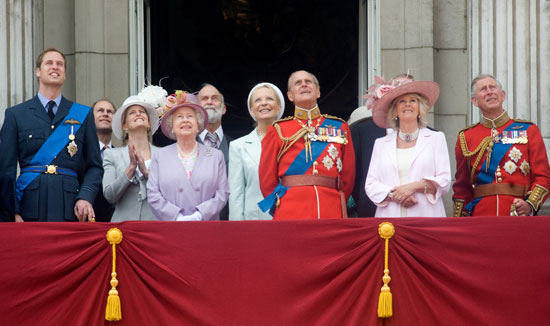