Robert Pattinson and Kristen Stewart were spotted out in Brazil today, as Rio de Janeiro is playing host to some of the Twilight cast at the moment while they film the second half of Breaking Dawn. The couple looked happy and relaxed as they hung out on a balcony, both wearing shades, with Kristen showing off her legs in some short denim shorts. They grinned when they realised they'd been spotted and waved to people watching them. Kristen's been travelling a lot lately — she only arrived back in New Orleans at the beginning of the month after a trip to LA. 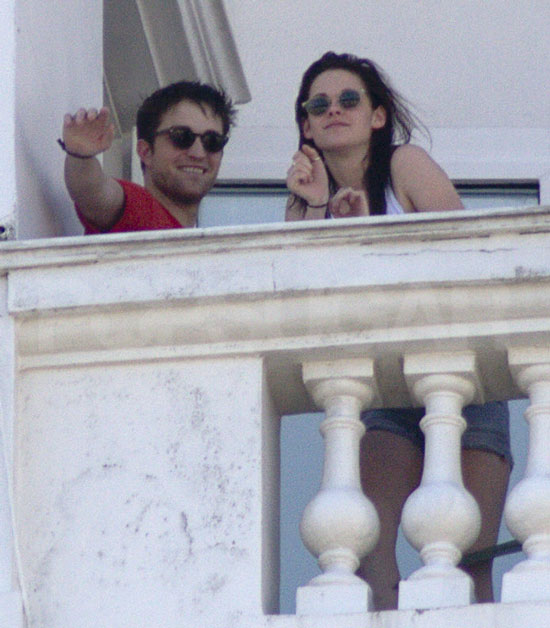