AnnaLynne McCord, Katie Holmes and Jennifer Garner posed pretty at Variety's Power Of Women Luncheon at the Beverly Hills Hotel in LA yesterday. Katie's back in the US following her trip to Prague with Tom Cruise. Jennifer was free to fly to the West Coast now filming on Arthur in NYC has wrapped up. Both actresses raised awareness of their philanthropic missions — Katie was there for her arts education organization Dizzy Feet Foundation, and Jen attnded with a representative of Save the Children, a charity close to her heart. AnnaLynne went for a smart ensemble, while her boyfriend Kellan Lutz was across town flexing his muscles. Amy Adams, Eva Mendes and Anne Hathaway were also there. 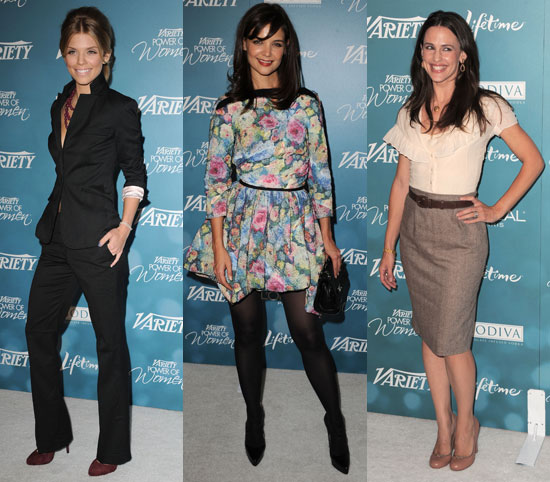